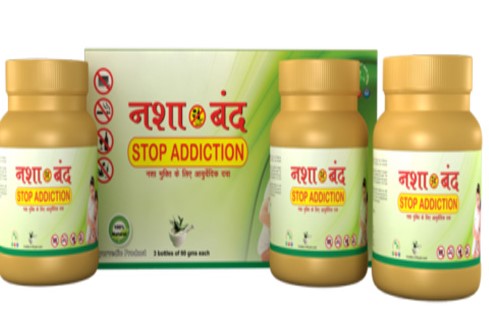 Nasha Band is an Ayurvedic solution for Addiction, it helps to keep away from addiction to addicted people. However it’s made from Ayurvedic Products, natural herbs it has no side effect.

Addiction is a psychological and physical inability to stop consuming any substance or to stop any activity, which is causing physical or mental damage to the addict.

Sometimes an addict even realizes that he/she has to get rid of a particular habit which is ruining his life steadily, day by day, but the attraction of the addiction and carving for the substance or the habit is so high, that mere his/her will power isn’t sufficient to get rid of that habit.

Addiction to a substance not only provides harm to body, it affects mental stability and emotional responses. It may introduce unpredictable behavioral traits. In addition to this, it may create financial issues, which in turn leads to unhappy homes.

In today’s world common addictions like tobacco, cigarette are reducing due to multiple  majors taken by government and associated risk of Cancer. But at the same time addiction of alcohol, drugs has taken various forms and many people are treating them as a part of their lifestyle. The major concern is that it is grasping various age and income groups in different ways, though the end result on body, mind and financial stability is almost of the same nature.

How to stop addiction ?

For very few people mere will power, will work to get rid of any addiction which is part of his/her life for longtime. Expert consultation and counseling might work for a person, who really wants to get rid of an addiction and who can get / afford an environment, which will be helpful for the same. But there are many persons, who live in such an environment, that it is almost impossible for him/her to avoid the urge for the addiction.

In such cases a supplementary product which helps to create nausea for the addiction might help. Nashaband is one of such supplementary product. It is tasteless, odorless when it is mixed with the food and there is almost zero chance, that an addict will come to know that he/she is being treated with a medicine through his regular intake.

Nashaband is an Ayurvedic Solution for Addiction

Nashaband is made from natural extracts and it has no side effects. It will help an addict to wean off the addiction gradually without his/her knowledge of the treatment.

Nasha Band is an Ayurvedic product consisting of natural extracts to provide freedom from addictions with no side effects. This will gradually help the patient to stop the addiction safely and naturally. Nasha Band is a complete ayurvedic solution that consist of natural ingredients like Vidarikand, Amla, Harar Kali, Punarnava, Brahmi, Neem, Lavang and 12 handpicked herbs.

Nasha Band also consist of natural extracts of amla and brahmi which provide you to get rid of your addiction with no side-effects. Many people now a days are so much into addiction of drugs that they intentionally destroying their physical and mental health.

Due to the presence of 100% natural ingredients it works as an strong anti-addiction remedy that not only helps in curbing cravings but also removes harmful toxins from the liver.

Nasha Band is the safest and most effective way to combat addictions of any type.

Nasha Band has no side-effects, it uses only natural herbs that are rich in vitamins and minerals. 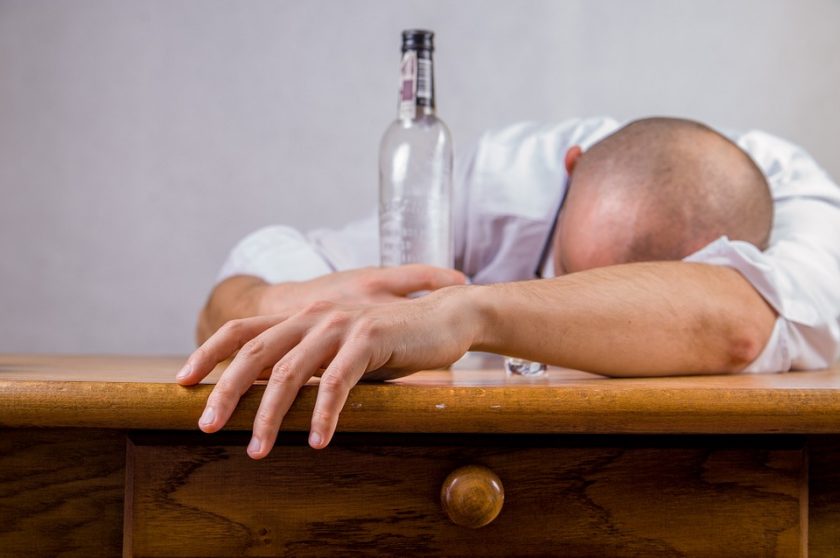 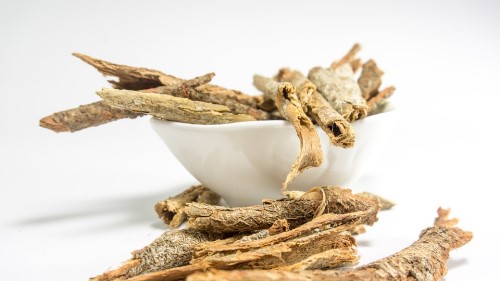 What is Ayurveda – Benefits of Ayurveda Lifestyle

What is Ayurveda? Ayurveda started in India over 5,000 years back and is the oldest  healthcare system. Ayurveda treats humans, as... 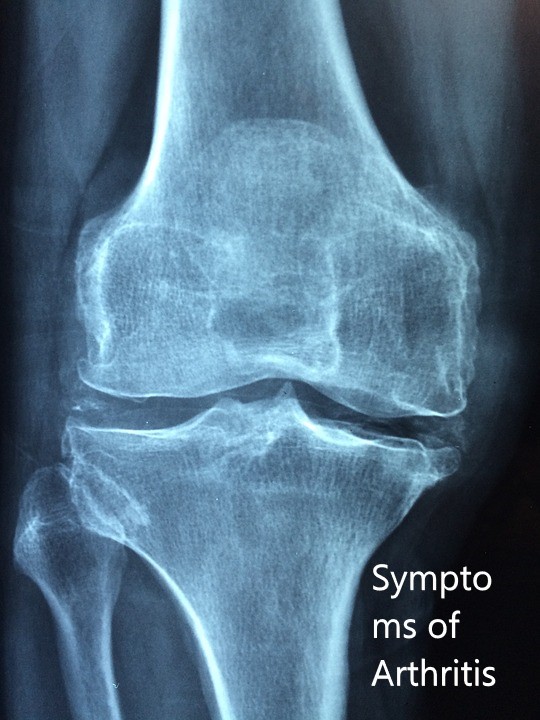 Signs and Symptoms of Arthritis | ORTHAYU

Swelling and inflammation of a bone joint in the body which is causing pain and stiffness is generally termed as Arthritis....